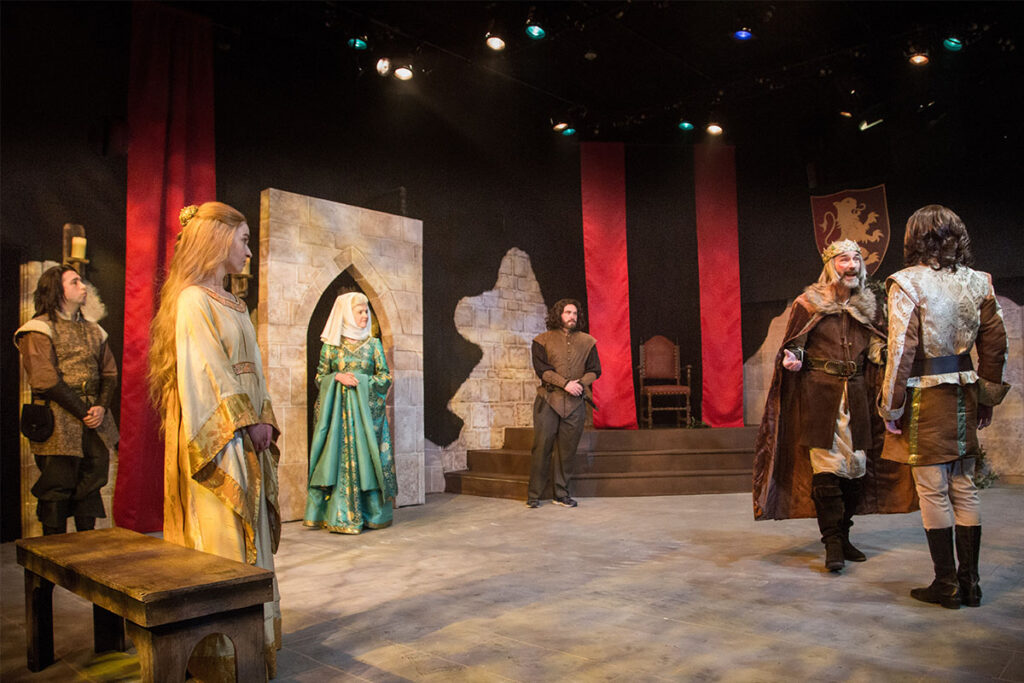 The Lion in Winter

King Henry II gathers his dysfunctional family to sort out who is going to take over the throne. Will it be the firstborn, Richard the Lionheart? The middle son Geoffrey? Or Henry’s favorite, the young and impressionable John? His imprisoned wife Eleanor, his mistress Alais, and King Philip of France all have their own opinions on the matter. So Christmas 1183 promises to be a lively one filled with political maneuvering, plotting, back-stabbing, and intrigue.