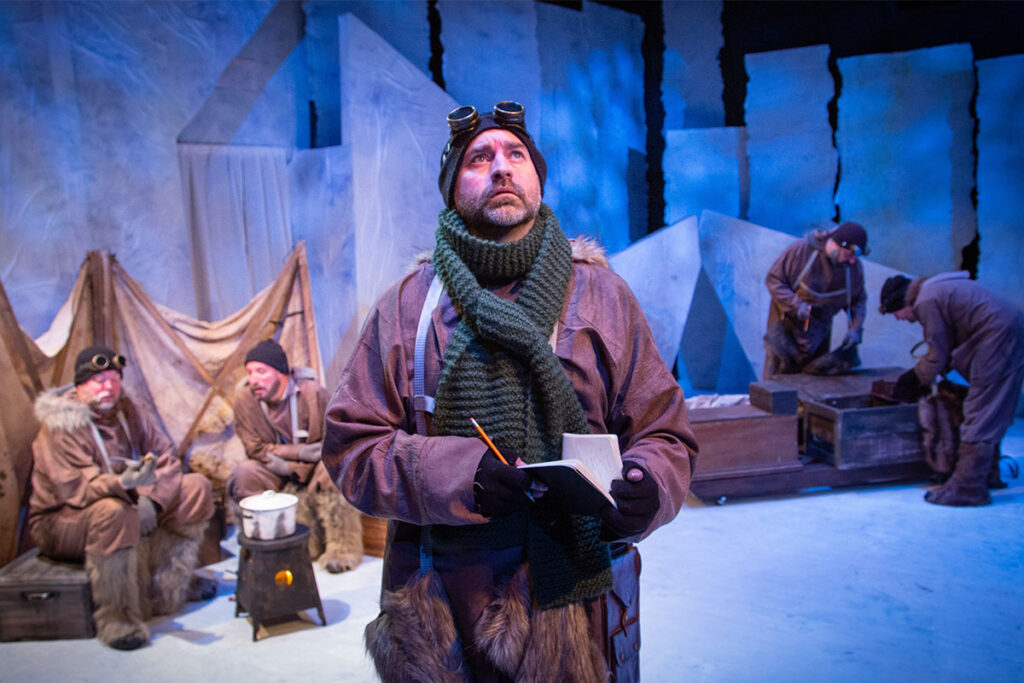 Drawn from the journals and letters found on the frozen body of Captain Scott, the play blends scenes of the explorer and his men at various stages of their ordeal, with flashbacks of Scott and his young wife, and fateful glimpses of his Norwegian rival, Roald Amundsen, whose party beat him to the South Pole. Refusing the use of sled dogs as unsporting, Scott and his team struggle to drag their heavy gear across a frozen wasteland, only to find that Amundsen has preceded them to their goal. The play is a study of British pride and upper-class resolve — Scott’s aristocratic sense of destiny and command and his wife’s struggle to understand her husband’s compulsive drive. But it is in the tragic trip back that the play reaches its dramatic apogee, capturing with chilling intensity the awesome bravery of men who must accept the bitter knowledge that suffering and death will be the only reward for their heroism.