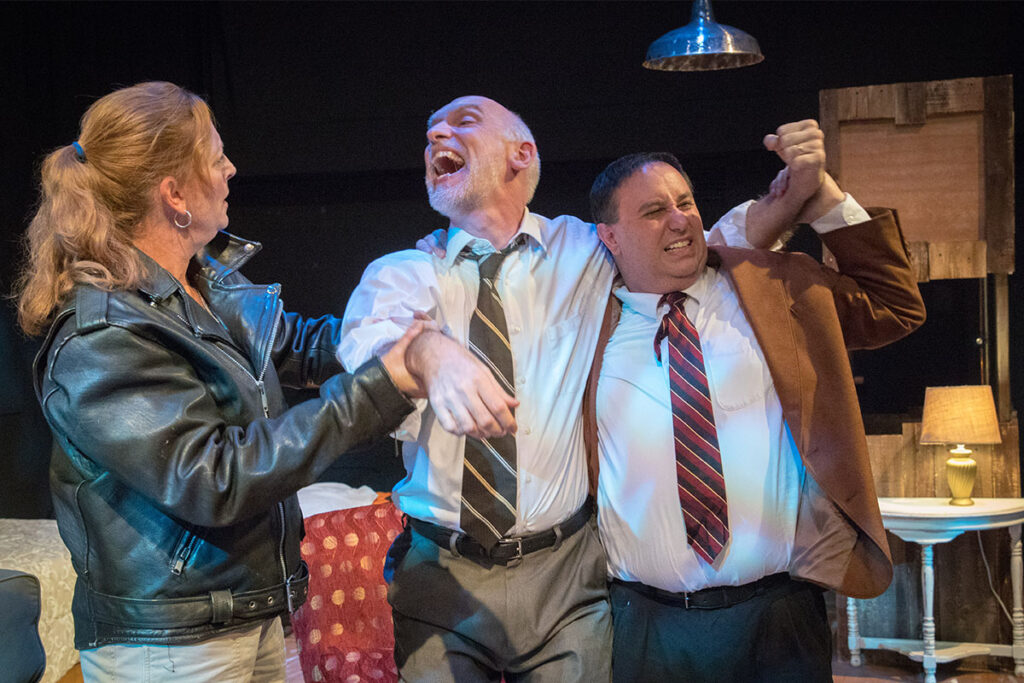 Roland, a hard drinking tycoon, is considering buying an old Victorian house, once a brothel. His solicitor and the vendor, a builder, arrive to complete the deal. Also in the house are his wife, a frustrated dancer who is always considering leaving him, her brother and later the brother’s fiancee, who is uncertain whether or not to run away. In the course of one hectic night and morning, with continual running up and downstairs and in and out of rooms, these characters, each immersed in a personal problem, try to sort themselves out. The first act curtain finds the solicitor in bed with the wife thinking her to be a ghost and the fiancee inadvertently shut in the attic cupboard by the distraught tycoon who has taken refuge there in the spare bed. All this takes place in a highly ingenious and original setting in which all the rooms, passages and stairs are on a single level!