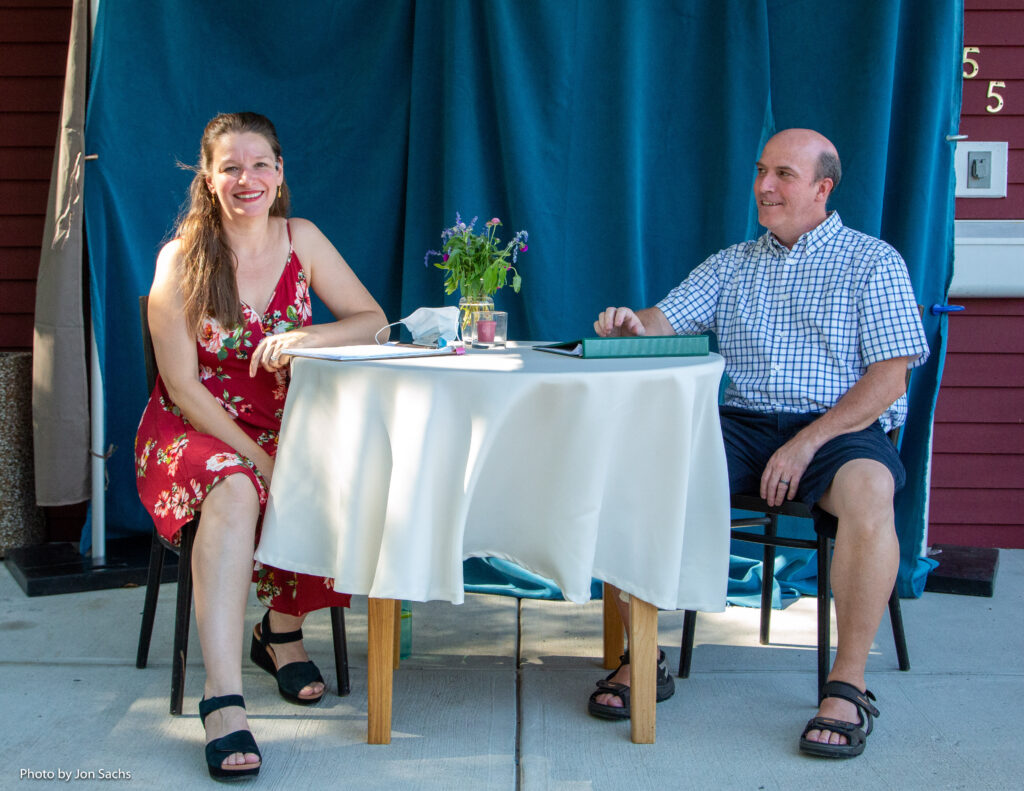 A vacationing couple celebrates their anniversary at a Greek restaurant in Palm Springs—but will the marriage survive the service? As a needy waiter insinuates his way into their meal—and their lives—the couple examines their past and their future together. Playwright Wendy MacLeod brings us a tender comedy that delves deeply into what we hunger for. 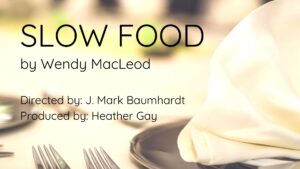 J. Mark Baumhardt (Director): Previous QP credits include: Producer and Sound Designer for Silent Sky. Directing The Lion in Winter, Mauritius, Becky’s New Car, All My Sons, Hide and Seek and Five Women Wearing the Same Dress. Mark also appeared as Saul Kimmer in True West and designed sound for Mothers and Sons, Prelude to a Kiss, and Vanya and Sonia and Masha and Spike. Directing credits elsewhere include: Ripcord at Vokes, A View from the Bridge at The Umbrella, and The Country House at The Concord Players, among others. Favorite acting roles include: Schultz in Circle Mirror Transformation with the Burlington Players, Reuben Soady in Escanaba in Da Moonlight with Acme, and Mike Talman in Wait Until Dark with the Concord Players.

Kim Anton Myatt (Irene): Previous QP credits include: Chloe in My Old Lady and Beatrice in Much Ado About Nothing. Acting credits elsewhere include: Mary in The Language Archive, Melissa Gardner in Love Letters, Ruth in Blithe Spirit, Hesione in Heartbreak House, Nina in The Seagull, Della in Tongue of a Bird, Angela/Barnadine in Measure for Measure, and Elizabeth Bishop in Dear Elizabeth.

Adam Heroux (Stephen): Adam has been performing in community theater for over fifteen years, but QP is easily his home away from home. A few past favorite roles on the stage here include Bowers in Terra Nova (DASH Supporting Actor Nomination), Hannay in The 39 Steps (DASH Best Ensemble Nomination), and David Selznick in Moonlight and Magnolias (DASH Best Play Nomination). Adam is also an occasional playwright, with some of his shorts and one-acts having been produced at QP, Acme Theater in Maynard, and the Firehouse Center for the Arts in Newburyport.