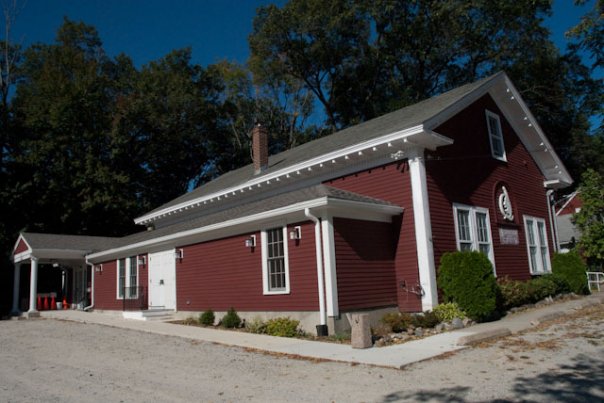 Mark was elected president for QP’s 2020-21 Season.  A challenging time with the COVID pandemic. And although not a normal season, the BOD under his stewardship has had a very successful and full year with the introduction of QP’s Theater in the Park (ing Lot) series, videotaping Suburban Holidays and now Love is Blue Tick Hound, as well as introducing a new QP logo and website!  And he wants to run for President again!  Mark as been a QP member since 2005 and on the BOD for the last four years. He has produced, designed & run sound, and directed here at QP, including award winning productions of Becky’s New Car and Five Women Wearing the Same Dress. He has appeared on the QP stage including the DASH Award Winning True West. He also served as the EMACT DASH Director from 2012 – 2017 and helped launch the DASH Plus program.

Marc was asked to design hair for The Secret Affairs of Mildred Wild in 1998 and he has been a member ever since.  He has served on the Board of Directors before as Member-At-Large and even Vice President so knows what he is getting in to! Marc has served on numerous committees including Play Reading, Nominating and Ballot.  He has been the Box Office Manager on and off for over 15 years and his credits for over 45 productions include hair designer, costumer, props, producer, etc. He even graced the stage in American Clock, She Loves Me, Harvey, Anything Goes, and Ruthless! In 2009 Marc was bestowed a Life Membership for always doing whatever was needed for the good of QP or in Marc’s words “time served!”

Folks may know the story of Brian’s introduction to QP, he was coming to support an auditioner for It Runs in the Family (1999) and got cast instead! But one of the most important Brian stories is this year marks his 20th year as QPs Treasurer!  He is great with numbers, spreadsheets and Quicken so being QP’s longest serving Treasurer (since 2001) makes this nomination easy.  Brian was one of the initial signatures required for QP’s big addition loan. And when not dealing with numbers he has designed sets, worked on many shows, coordinated the QP Snow Boys and served on QP Play Reading Committees to name a few of his non-stage credits.  Besides numbers – his stage credits are his passion! Brian’s most recent roles include Taking Steps and the yes still to be done Romeo & Juliet when the pandemic allows!

Phyllis has been QP Secretary or on the QP board for at least the last eighteen years and will like to keep on as Secretary!  She joined QP in 1991 as Alice in The Octette Bridge Club and thankfully stayed!  She has served on Play Reading, Publicity, been a BOB, produced many shows, run crew, dressed actors, co-ordinated and run properties, designed hair and makeup, run rehearsals, painted sets … always doing whatever is needed for QP.  Because of her dedication to QP Phyllis was awarded a well-deserved life membership in June 2020.    Besides being Secretary, Phyllis also coordinates all QP Volunteers for all the QP shows and is looking forward to doing that again when we open, as well as getting on stage for her next role is Lady Montague in Romeo and Juliet.  Some of her favorite QP roles have been in The Octette Bridge Club, The American Clock, Chess, Shadowlands and Into the Woods.