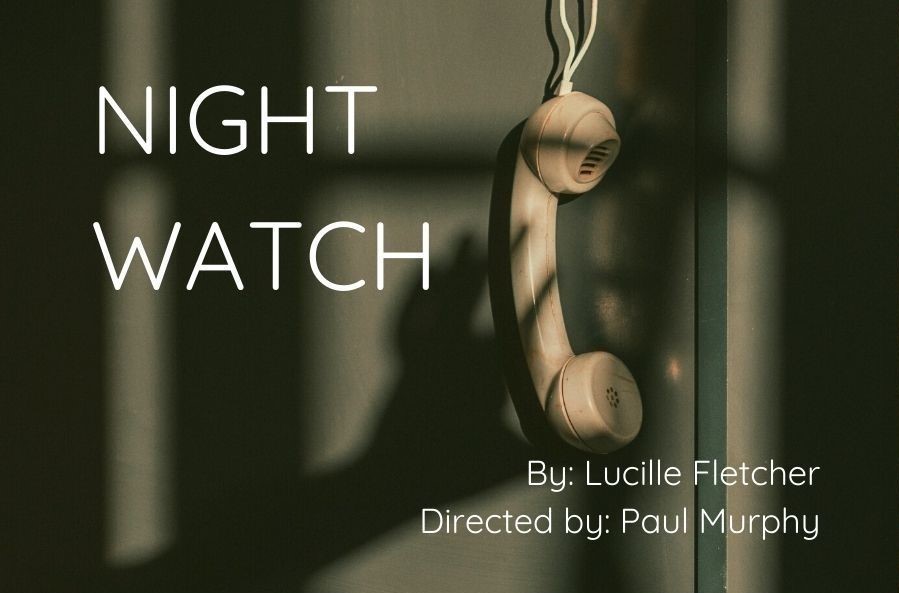 Rehearsals will begin August 15, and will be held Sunday, Wednesday, and Thursday evenings.

Unable to sleep, Elaine Wheeler paces the living room of her Manhattan townhouse, troubled by unsettling memories and vague fears. Her husband tries to comfort her, but when he steps away for a minute, Elaine screams as she sees the body of a dead man in the window across the way. The police investigate, but find nothing but an empty chair. Elaine’s terror grows as shortly thereafter she sees yet another body, but now the police are skeptical and pay no attention to her frantic pleas. Her husband, claiming that Elaine may be on the verge of a breakdown, calls in a psychiatrist, who agrees with his assessment that Elaine should commit herself to a hospital for treatment. From this point on, the plot moves quickly and grippingly as those involved—Elaine’s old friend and house guest Blanche; the curious neighbor next door; and the nosy German maid Helga—all contribute to the deepening suspense and mystery of the play, which culminates in a riveting climax.

Character descriptions: Age ranges are guidelines and will depend on the pool of actors who audition.

Elaine Wheeler: Sophisticated patrician, with bright eyes and eager smile, with an air of insecurity and vulnerability. Requires an actress who can play a range of nuanced, varied emotions. Late-30s-early 50s.

Vanelli: Friendly, young policeman, with an interest in art. 20s-30s.

Curtis Appleby: Eccentric next-door neighbor, mysterious and curious about the lives of others. 40s+

Blanche Cooke: Attractive, sophisticated, and competent nurse, who appears to have everything under control. She and Elaine are best friends and have known each other for years. Late-30s-early 50s.

Lieutenant Walker: Hardened, no-nonsense policeman. Jaded, interested only in the facts that are quickly discernable. 40s-60s.